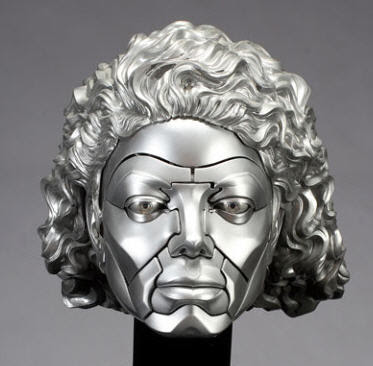 I remember back when I was in primary school, one weekend heading down to the Bay Junction shopping centre in Glenelg, Adelaide, to spend my hard earned pocket money at the record shop. I came home with Thriller, and there began my infatuation with Mr Michael Jackson. My sister and I would torment our parents by making them sit through endless dance performances choreographed to his music, I have no doubt that if So You Think You Can Dance was around back then, we would have been first in line to audition.

I got so into him that I penned him a letter asking him to write a song about me, my Mum sat me down before sending it, and cautioned me that he was very famous and busy, and not to be disappointed if I didn't hear back from him. I didn't care, I just loved the thought that he may read my words, and know that dorky bouffant-haired girls in South Australia were seriously into him.

That year at the Royal Show I obviously bought the Michael Jackson showbag, and pinned my badges proudly onto my purple buckle bag (these were huge at the time, I wish I still had mine), I recall one showed him in a pastel yellow v-necked sweater - ah the 80's in full effect!

Off The Wall has now become my favourite of his albums, but I didn't discover it for a while, not until I was into hiphop, and began checking out where so many samples came from. Also, my sister and I had moved on from Michael to Janet, we were card carrying members of the Rhythm Nation.

I still have both of the aforementioned albums, on vinyl and they definitely mean a lot to me in terms of growing up and remembering times spent listening to them. Thriller transports me back to a younger period of my youth, poignant and painful, naive and joyful, and I'm glad I immersed myself so intensely, even if for a short time in relation to his ongoing recording career.

Music videos and dance have been so influenced by him, and no doubt the ruminations on his relevance will continue for months and years to come. Aside from all his personal demons, the man was a gorgeous creature in his teens and early twenties, and that's the dude I'm remembering today.

I can't help wondering if he and Farrah are trading hairstyling tips right now.

Keep on with the force don't stop, don't stop till you get enough.