We went to the Royal Melbourne Show on Tuesday, prams loaded with kids and self-catering. Spent 6 hours there, how did that happen? Did our usual favourites, missed a few old haunts, tried a few new things.

First showbags, before the hall gets full of horrid teenagers, then, how fortuitous, we were right by the Arts and Crafts. The kids quite enjoy the cake decorating, 'look a SpongeBob cake!', but us ladies are usually checking out the baked goods, and the textiles bits, of course. I wonder with all the cakes, scones, biscuits that are on display, are they going to get mouldy by the end of the show?

Checked out the crochet, maybe one of these days I'll enter something. Gorgeous lacy work, and amazing lacy hand knitting, those knitters deserve serious praise. Embroidery was a bit needlepointy for me, but there was some good blackwork. I was very impressed to see some tatting, if I ever get some spare time I'd like to learn how, I have a few shuttles of my Grandma's that I could put to good use. 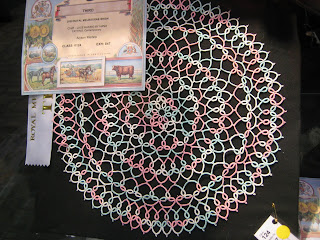 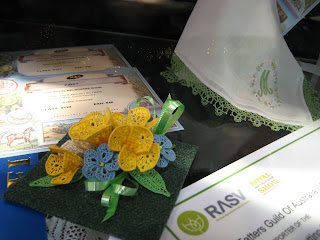 Wandered through the cattle pavilion, geez there are some big bulls, we were marvelling at their impressive size but yet they are so easily handled by seemingly miniature people. Lots of poo to dodge.

Next was the Horse Pavilion, what a complete universe horsey land is. Saw so many girls sporting snug jodphurs and smart boots with knee-high gaiters, and their special riding jackets, shirts, ties, tie pins, oh it was a sartorial feast for the eye. I felt rather intimidated by the horses, so tall, somewhat flighty, we gave those walking through the aisles a wide berth, definitely scared of being struck with a hefty hoofed kick. 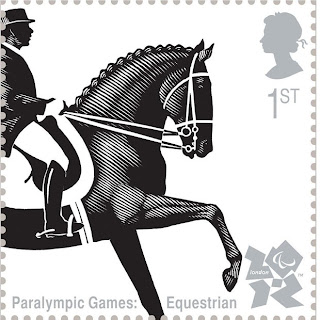 The youngsters braved a few parent-approved rides, the animal nursery was visited, but my boy really doesn't like to pat creatures. He thinks it's icky, and loathes the weird evaporating hand cleanser even more. Our compadre Chas is a real chicken wrangler, or chookens as he calls them, he really had the knack of scooping them up to hold, he was even offering them to other kids who were sans chookens. So thoughtful!

Woodchop is compulsory for us, and this year was the best session ever. We found a stand out the back, parked the perambulators, ate our snacks, thermos of tea, strawberry anyone? Got to see all manner of woodchop styles, the last one and most favourite being the tree climb, where they chop little slots to wedge their springboards in, leap up to the next level, repeat, hack at the top on one side, jump to the bottom, repeat again on the other side of the trunk until the entire top has been satisfyingly lopped off. 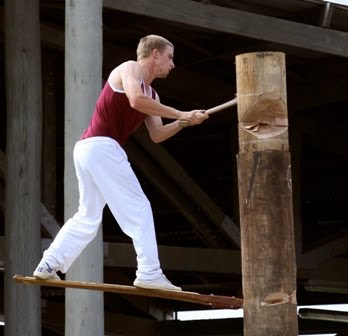 I admire their various techniques; some guys have a short backswing which means that they can get a lot more strokes in, some are small, lean muscled chaps, others are big, burly, hairy men. It would seem that the Dunlop Volley is the footwear of choice for the axeman, and white pants with a chesty Bonds. I was worried for their eye protection, there were chips of wood flying all over the place - OH&S anyone?

Finally the Giant Food Tent; soft nougat check, strawberry and marshmallow kebab check, jam donuts check. And yes I did see Chris from Masterchef at his Beer Mason's stall, posing graciously for endless photos with members of the public. 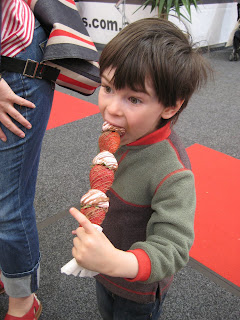 After that my sugar rush rendered me a little comatose, so we said farewell to the show for another year, and took the grubby children home on the train, where the small man emptied the contents of his Buzz Lightyear showbag all over the floor, and fired rockets at the cat. I slept well that night!
Posted by Unknown at 4:48 PM