Other treats from Adelaide 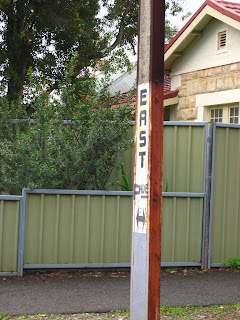 The power poles in Adelaide are called Stobie Poles, in reference to Mr Stobie who invented them. I had forgotten that in addition to regular street signs, in older neighbourhoods the street name is also painted on the bottom of the stobie pole, as in the above pic. I was thrilled to see that again, such a cool signage era feature, like Bushells or Uncle Toby's on the side of terraces that were once shops. 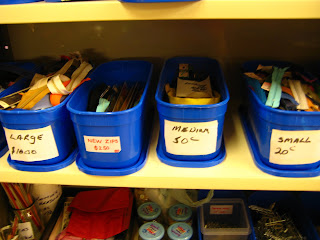 The op-shop near my Mum's place was so well stocked, and organised. I'm not a real zips fan, but I appreciated the display! I always raid the napery; doilies, tea towels, crocheted pot holders, pillowcases, and lately I'm into souvenir spoons and kitchen ware. I do also look at the craft books/mags circa 1970's, but my bookshelves will attest to the fact that I have a few too many. 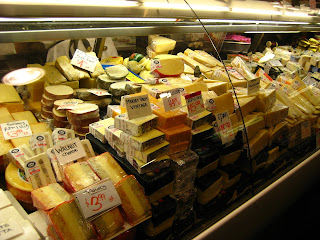 Adelaide's Central Market really can't be beat. In my opinion it still kicks the Vic Market's ass. There is no segregation of stalls, it's all in there together; greengrocers, cheese purveyors (above), health food, Russion piroshki's, flowers, meaty items, books, tea, cakes, vietnamese green veg/asian supermarkets. Loved it! 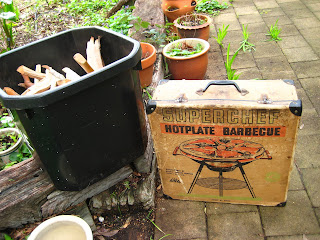 Mon Oncle, Robbie, has had this BBQ since the 1960's, and it has been used once a month ever since. That's a lot of kindling. I love that it's still in it's original box, he screws the legs on, fills the dish with sticks etc (my boy helped with this), and then cooks away. It's a huge family tradition. 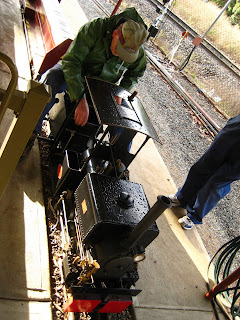 This was a new discovery, of course 10 years ago, when I lived in Adelaide, I had no need for things-that-your-3-year-old-boy-will-love. But now I am in the know, the SASMEE train park had us all in raptures. It's all about model/miniature trains and men folk who love them, and there were also some remote control enthusiasts guiding their boats around a large pond. Hidden away in Millswood, this park was between two real deal train lines, so in addition to riding on small trains, the kids (and adults who are of the train loving persuasion) can ooh and aah over suburban and freight trains going past.

They have counterparts all over Australia, and apparently the Eltham/Diamond Valley group is the biggest and best. Get your kids to the train parks, they are awesome!
Posted by Unknown at 8:06 AM

Ahh the markets are my favourite place to go for prawn dumpling soup.
And some of those stobie poles sport lovely murals too.